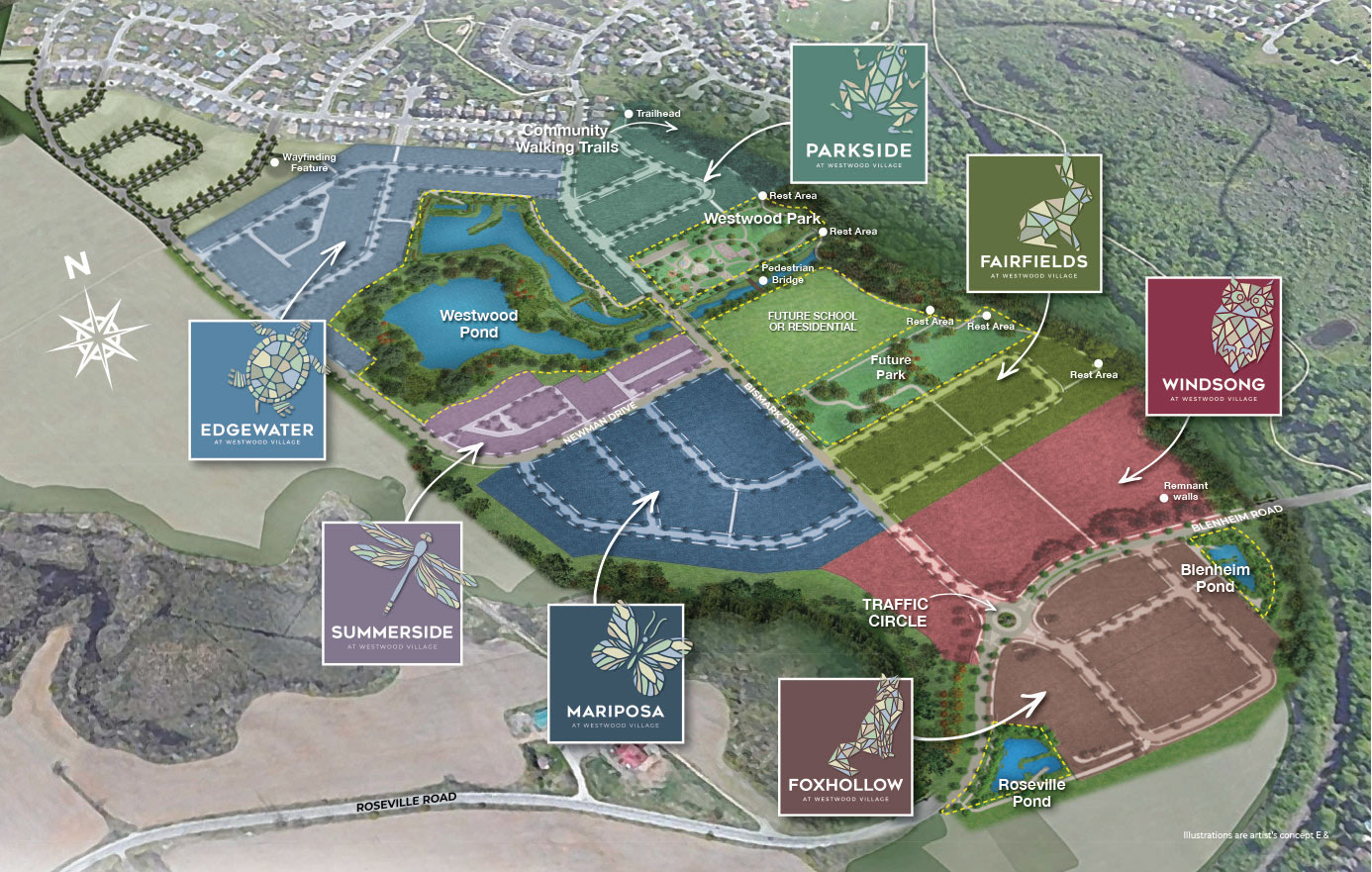 You will love calling Westwood Village home. Stroll down tree-lined streets, kids zipping around on their bikes, and friendly waves from neighbours as you pass by. Westwood is the community dreams are made of.

LEAP INTO VILLAGE LIFE
You’re just a hop, skip and a jump away from the peaceful Community Pond when you live in the Parkside neighbourhood. Just like the Northern Leopard Frog, you will take that leap into village life and never look back.

STUNNING TO SEE
In the Mariposa neighbourhood, you are central and strikingly beautiful like its namesake. If you’re lucky, you’ll catch a rare glimpse of the endangered Baltimore checkerspot butterfly while enjoying a stroll along the trails.

FOLLOW YOUR INSTINCT
Foxhollow is the one neighbourhood hugged by two of the community’s ponds. Like a stealthy fox, you’ll get to know your way around the village using pathways and pedestrian bridges to connect to trails and parks just beyond your front door.

INTRIGUING BEAUTY
From your front porch in the Summerside neighbourhood, it’s easy to spot the colourful Canada Darner Dragonfly taking flight. These dragonflies are seen between June and October. Take a short stroll around the Community Pond and watch as they whiz around the water’s edge.

WISE MOVE
Just beyond the village’s entrance is Windsong, a neighbourhood nestled alongside the natural lands. Your lush forested view might just include a sighting of a majestic owl in flight or perched on a branch high above.

HOP ON OVER
In the Fairfields neighbourhood, you’re closest to the joyful sounds emanating from the Future Community Park. Don’t be surprised if you see a bunny or two hop by. Follow them down the pathway through the park and you’ll connect to trails that will take you even further afield.